The fidget spinner trend is pretty much over, as can be easily seen by the fact that they can now be bought virtually everywhere for as little as €1. At the time everybody was still talking about them, I thought, why not design and build my own? I guess I just wanted to find a reason to use Formulor, a service which lets you order custom laser-cut materials, in this case acrylic glass, by uploading a simple Illustrator file. One of the requests was for a spinner with horse heads. I was quite pleased with the results: 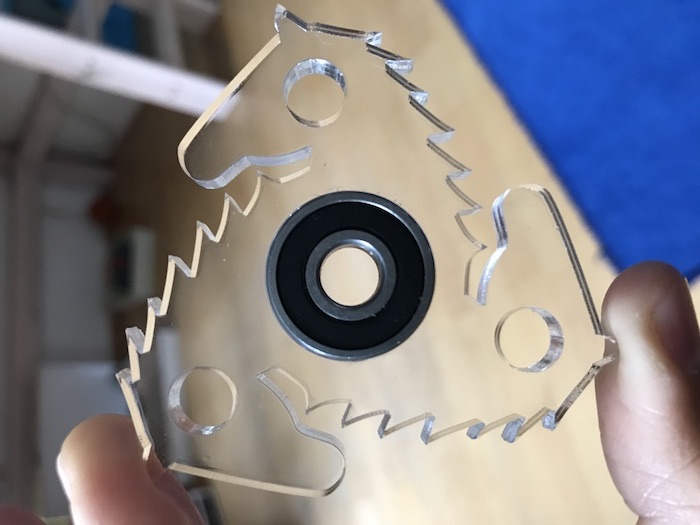 I ordered the ball bearing on Ebay. It’s a hybrid ceramics ball bearing so it was a bit more expensive, about €4. It was a good choice. They spun quite well: 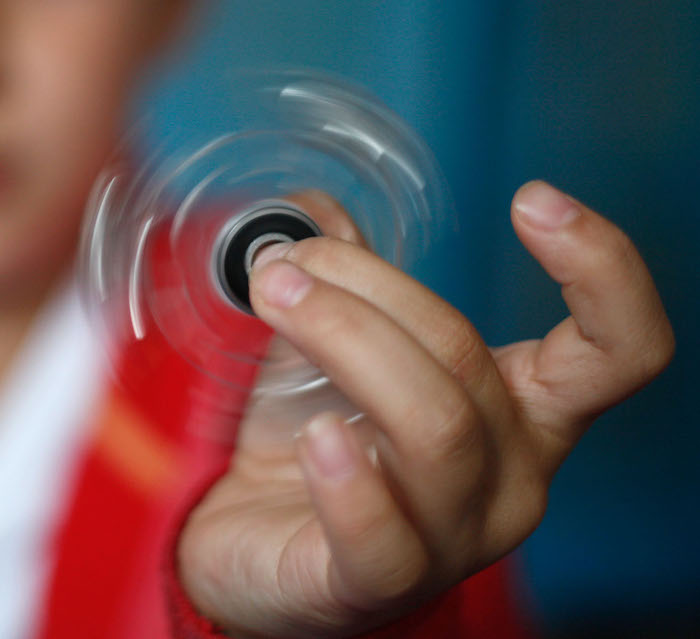 I wanted to go one step further and place some LEDs on a spinner. Some electric-circuit-layouting, resistance-calculating, and soldering later, I had a fidget spinner with three LEDs, powered by three coin cell batteries: 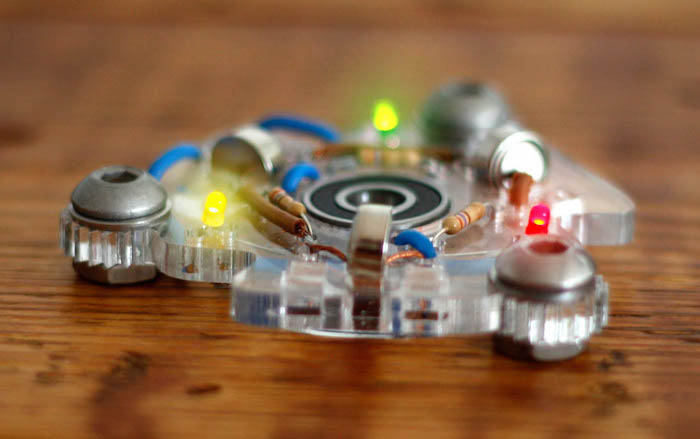 The LEDs are quite bright and don’t draw a lot of power. I placed the LEDs at slightly different distances from the center so they wouldn’t simply add up to a white light while spinning. The video doesn’t show this because of the camera’s framerate but the final effect is that you see three distinct circles, one in red, one in green, and one in yellow:

Of course, someone has already gone further and built an Arduino-based Persistence-of-Vision spinner.